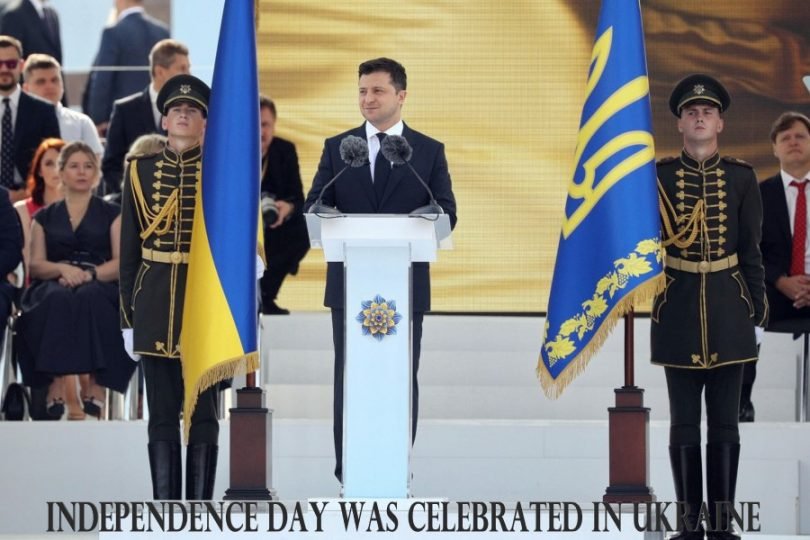 Independence Day was celebrated in Ukraine today and six months have passed since the beginning of the Russian military offensive here. Taking extra precautions on this day, the administration banned mass gatherings because gatherings increase the risk of Russian missile attacks. President of the country Volodymyr Zelensky has asked citizens to be more vigilant on the occasion of independence.

“The possibility of a Russian attack today is very high, so please strictly follow security measures,” Zelensky said in a statement. Follow the curfew conditions. Pay attention to the sound of sirens. See official announcements and remember: We must win together.

Today, in 1991, Ukraine broke away from the Soviet Union and became a separate country. On this special occasion for the country, some people gathered in the central square of Kiev. Exactly 2 places where destroyed Russian tanks and self-propelled artillery are kept for public viewing. National Anthem is played at this place every morning at seven o’clock.

Meanwhile, a woman from Ukraine said emotionally, ‘I can’t sleep at night after seeing and hearing what is happening in Ukraine. This is not just a war, but a disaster for the people of Ukraine. In his Independence Day message, President Zelensky said that six months earlier Russia had declared war. On February 24, all citizens of Ukraine heard the sound of bombing and shooting. On February 24, we were told that we no longer have a chance, and today, August 24, we say: Happy Independence Day, Ukraine!’