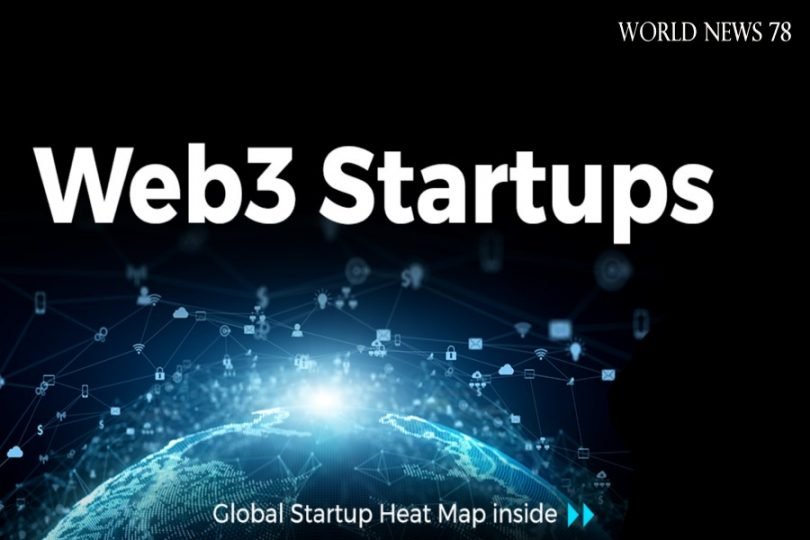 Debates about the future of Web3 startups often focus on its scope of use.

Play to Earn gaming has the potential to help develop Web3 into the future. The huge increase in popularity of play-to-earn games like Axie Infinity has demonstrated the direction that the web3 gaming platform should take.

In the future, decentralized storytelling will also emerge as one of the major use cases of Web3.

It focuses on finding solutions to issues around participatory community storytelling.

The DAO and zero-knowledge proof, two advances in blockchain technology, effectively drive the future of Web3.

Social apps of the future on Web3 will resemble today’s typical social apps with an emphasis on simplicity.

In future, young internet users and crypto enthusiasts may also be interested in web3 social apps.

Web3 Startup: What is it?

It’s no surprise that blockchain technologies are attracting significant investor attention, as Web 3 has become a hot topic in the startup business.

In the Web3 sector, which includes the metaverse, digital currencies, blockchain technology and a variety of augmented reality features, more than $3.8 billion has been invested in businesses this year.

Web3 aims to move the Internet away from the major tech giants that currently control it and toward a decentralized Internet.

The goal is to make it possible for customers to interact directly with companies and artists, eliminating middlemen.

While proponents of Web3 argue that it will improve accessibility and transparency, others, such as Twitter co-founder Jack Dorsey, insist that Web3 has already become as centralized as Web2, although venture finance through

Despite the controversy surrounding the decentralized web, investors are still supporting its development.

How does this affect business?

A growing number of the world’s best-known companies, such as Starbucks and Steve Aoki, are increasingly integrating Web 3 capabilities into their core offerings.

Some of the most talented people in technology have been drawn to Web3 by its promotion.

Large Silicon Valley companies have experienced significant migration of their top employees to the Web3 industry.

Crypto job postings have increased by 400% in the last year alone, and there are plenty of opportunities available.

Web3, the third iteration of the Internet, promises a decentralized, cost-free and open digital data flow.

Investors and executives are talking a lot about Web3, which includes cutting-edge technologies like cryptocurrencies, blockchain, NFTs, and the metaverse.

CEOs and business leaders from various industries anticipate how Web3 could disrupt their regular business operations and the opportunities it brings.

More than $3.8 billion has been invested in companies in the Web3 industry this year, including many augmented reality features.

Web3 has other additional benefits as well.

Thanks to blockchain technology, visitors to websites will benefit from a better login experience.

Customers will use blockchain to keep their personal information more secure than using their Facebook profile to sign in.

According to IBM, the blockchain is unlikely to be compromised because all records are encrypted from start to finish.

Last but not least, customers will view your company’s brand more favorably. They will be able to trust brands again because of the high level of security that blockchain provides.

Damage to the web 3

However, the innovative and opportunistic world of Web 3.0 is not without its early pains.

First, no one can claim authority over such dynamic thought; Even for well-known businesses, adapting will be challenging.

Not to mention, it requires a ton of hardware and bandwidth; Thus, it may require financial investment.

As more people use this technology, it will become a mixed-reality experience as the connecting and schooling phases are completed, merging the physical and digital worlds.

Although not every blockchain-related business describes itself as a Web 3 startup, their description has led to a significant increase in funding for businesses using Web 3 and the decentralized web.

How does Web3 work?

Let’s use video games as an example to make them easier to understand. Web1 can be compared to a snake game where snakes crawl and eat, Web2 to The Sims or Wii, and web3 to Animal Crossing, Call of Duty or The Last of Us.

Web3 has the potential to provide users with even more useful content. Your data is stored in your cryptocurrency wallet on web3.

On Web3, you’ll interact with applications and communities through your wallet, and when you log out, you’ll take your data with you.

Since you own the data, you can theoretically choose whether to monetize it or not.

Most businesses plan to employ web3 technology to ensure the most accurate and satisfying results for the end user. In light of this, we now examine Web3 startups.

There are some web3 startups

In 2018, Terra, a decentralized financial infrastructure, was established in Seoul, North Korea.

It allows users to send money using a cryptocurrency that retains its value and can be used for financial transactions and other things.

It provides a decentralized currency whose value is derived from transaction fees collected on the Terra network and serves as an excellent foundation for decentralized financial applications.

Users can pay using cryptocurrency on websites that accept tokens as payment.

Cryptocurrency exchange, swaps and liquidity options online. Users who own cryptocurrency can use it as collateral for loans.

Users can use the coins sent from the user’s wallet to earn interest or use them as POS assets. Additionally, it offers P2P crypto transfer options to customers.

Developers can use Collaborate to combine data from over 27 blockchains to create multi-chain apps such as investor dashboard tools, cryptocurrency wallets, and NFT galleries.

Blockchain aims to show how blockchain technology can, should and will improve society.

Our deep domain expertise and significant blockchain technology background provide a competitive advantage for those looking to expand their horizons and commercialize their ideas.

By using cutting-edge technology and trading algorithms, Omega One is building a bridge between traditional markets and digital assets.

We are laying the foundation for a more efficient, decentralized and inclusive financial system by increasing the liquidity and security of commercial digital assets.

How does Web3 support small businesses?

By using blockchain to create a tamper-proof record of transactions, Web 3 technologies can increase transparency and trust between businesses and their consumers.

Customers can track the status of their products at each stage of the production process using real-time supply chain visibility.

First, users control their data rather than the social media network. So consumers can stop selling their data.

Second, it will prevent the use of trolls, spamming, fake accounts and bots. This will help keep out fraudsters and other dubious internet sellers.

Additionally, it will reduce misinformation and fabricated news, which can damage a company’s brand.

It will no longer be necessary to verify unreliable news sources with third-party sources, which can be unpredictable.

Users of Web3 applications can authenticate news sources using blockchains such as Prover.

Web3’s decentralized structure and lack of centralized servers reduce the likelihood of network outages, which can result in significant financial losses.

Web3 is the next version of the online network, and it includes many continuous updates and features like never before.

Web3 will impact businesses in many ways, including security and privacy, innovation, and how you hire and leverage employees.

Consider taking a calculated risk and joining the next level of the web. Companies that adopt Web 3 during this transition phase will benefit from their efforts and level the playing field.

web3 is still in its infancy, and new businesses using the technology are just beginning to emerge.

As Web 2.0 fades, and Web 3 becomes the norm, businesses must monitor its evolution to seize any opportunities.

web3 promises to make it more user-friendly along with other emerging technologies while enhancing customer privacy and trust.

Web3’s capabilities seem relevant to both consumers and enterprises. We are all excited about new opportunities!