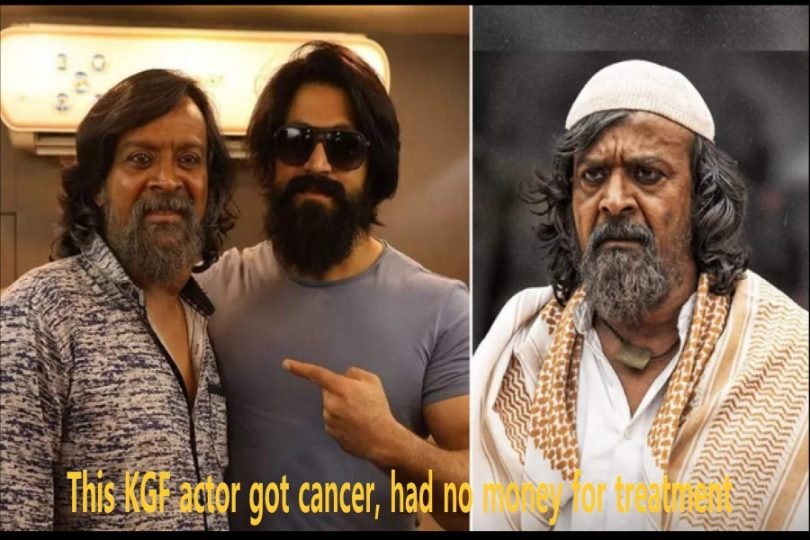 Mumbai – Actor Harish Roy, who has been seen in rocking star Yash’s blockbuster film KGF Chapter 2 (KGF Chapter 2) for the past two years in the film industry, has made a big revelation. Harish told in an interview that he has been facing throat cancer for some time. Famous actor of Kannada cinema Harish Roy also said that he was facing this major illness during the shooting of KGF 2. He had grown a beard to hide his sore throat.

Harish Roy told about his illness during an interview. He said, ‘Sometimes circumstances are kind to you and sometimes they take your things away from you. Destiny can never be avoided. He said that I am suffering from cancer since last three years. And because of this cancer I had a big beard and cancer was also one of the reasons for having a big beard while working at KGF. My throat was swollen due to cancer. I have a big beard to hide it.

Treatment was delayed due to money

He further said that due to lack of money he had delayed the cancer operation but now the condition has worsened. Harish said, ‘I had postponed my surgery for some time, as I did not have enough money for it earlier. I was waiting for the release of the film. Now I have reached the fourth stage of cancer and the condition has become very bad.

He also made a video asking people for help

Harish Roy says that he has also made a video to ask for help from his fans and industry people. But he did not dare to post. And his treatment was delayed. Due to this, Harish had reached the fourth stage of cancer.

Qasim played the role of Chacha in KGF1-2

Harish Roy played the role of Qasim Chacha in the films KGF and KGF Chapter 2. As important as Rocky’s father is the character of Qasim, who helps to raise him. This film is one of the most successful films of India. In 2018, the first part of the film was released, which created a sensation in cinemas. KGF Chapter 2 raised about Rs. 1200 crores, breaking many big records and setting new records. Director Prashant Neel’s film has also surpassed SS Rajamouli’s RRR in terms of earnings. Yash’s film grossed around Rs. 860 crore, of which the Hindi version made Rs. 435 crore earned. Actor Harish Roy has been a part of Kannada cinema for the past 25 years. Apart from the KGF franchise, he has acted in the films Bangalore Underworld, Daan Dana Daan and Nanna Concise Hoov.