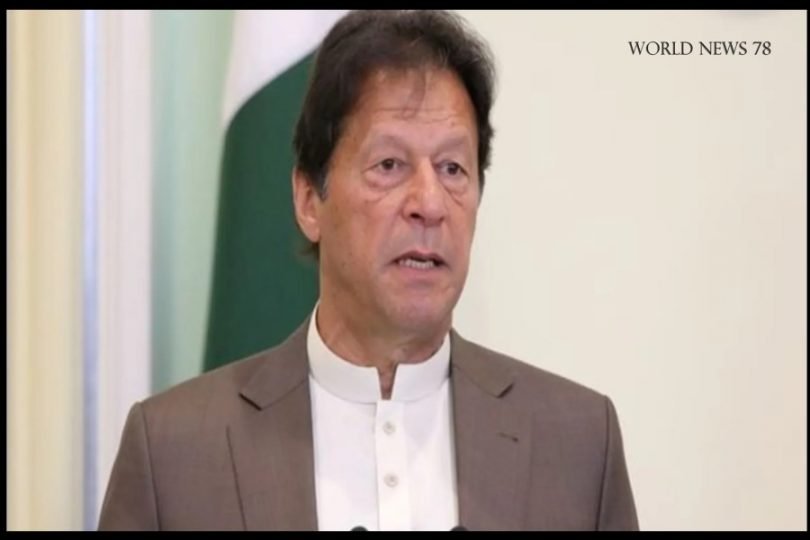 There has been an uproar in Pakistan over the arrest of Imran Khan. According to local media reports, he may be arrested at any time. Meanwhile, leaders of Imran Khan’s party Pakistan Tehreek-e-Insaf (PTI) threatened that Imran Khan’s arrest would be a red light. PTI leaders and workers have said that the Pakistan government should not cross the ‘red line’ of Imran’s arrest.

– A great many allies assembled around Imran Khan’s home

According to reports in Pakistan, a case has been registered against Imran Khan under Section 7 of the Anti-Terrorism Act after his statement in a rally in Islamabad on Saturday. After this, within a few hours on Sunday, about one and a half lakh tweets came on Twitter with the hashtag ‘Imran Khan Direct Red Line’. A large number of supporters reached Imran Khan’s residence in Islamabad and spent the night there.

Imran’s close friend and PTI leader Fawad Chaudhary tweeted late on Sunday that his leader is at home and supporters are coming in large numbers. Along with this, Murad Saeed tweeted that orders have been given to arrest Imran. He has also appealed to the people of Pakistan to come out of their homes. PTI’s official Twitter handle also tweeted a video on Monday morning urging supporters to reach Islamabad.

Earlier, all the satellite television channels of Pakistan had banned the live broadcast of the speeches of the former Prime Minister of Pakistan. The Pakistan Electronic Media Regulatory Authority said in a release on Saturday that despite repeated warnings, television channels have failed to air content against government institutions.

In fact, while addressing a public meeting on Saturday (August 20), Imran Khan had threatened to file a case against top police officials, a woman magistrate, the Election Commission of Pakistan and political opponents. He gave this warning regarding the treatment of his aide Shahbaz Gill, who was arrested last week on charges of sedition.

Amid ongoing unrest in Pakistan, Imran Khan addressed a rally at Liaquat Bagh Maidan in Rawalpindi on Sunday night. About the ban on PEMRA broadcasting his speeches, Khan said, ‘Now PEMRA is also in this game. What did Imran Khan do? My Only Crime 2 is that note except for this ‘imported government’.