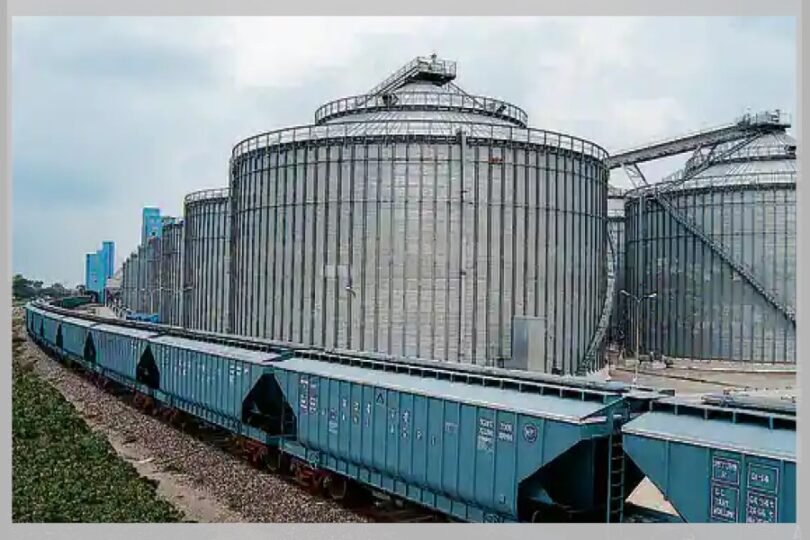 Since the beginning of this year, the war between Russia and Ukraine has had an adverse effect on the trade and supply of grain around the world, and the situation of grain shortage in many countries of the world has also increased inflation and combated rising inflation. To do this, the central banks of various countries have recently started increasing interest rates

According to the news received from Delhi, the government has started thinking about making the world’s largest grain storage scheme by bringing the various schemes under one roof. After two years of uncertainty due to Kovid, the government is trying to make such a long-term strategy due to the Russia-Ukraine war this year.

MINISTRY OF AGRICULTURE AND FARMERS WELFARE, CONSUMER AFFAIRS, FOOD AND PUBLIC DISTRIBUTION AND FOOD PROCESSING Vs. These efforts have started towards creating the world’s largest grain storage scheme by bringing various schemes of various ministries under one umbrella. This step is being taken to strengthen food security in the country. Russia and Ukraine are considered important suppliers of wheat, barley and fertilizers in the world.

Wind farm area is more in India but production per hectare is less than rest of the world. At the same time, the capacity of grain storage is also not fixed. This system also needs to be modernized. Analysts of the agricultural sector are saying that it is necessary to increase the storage capacity in silos. Foodgrain stocks in government-owned godowns in India recently fell to a five-year low.

Free food grains will be distributed under various government schemes till 31 December 2022. It will cost about four trillion rupees. The state governments also have to share the cost. The government has also expressed concern over the low availability of fertilizer.