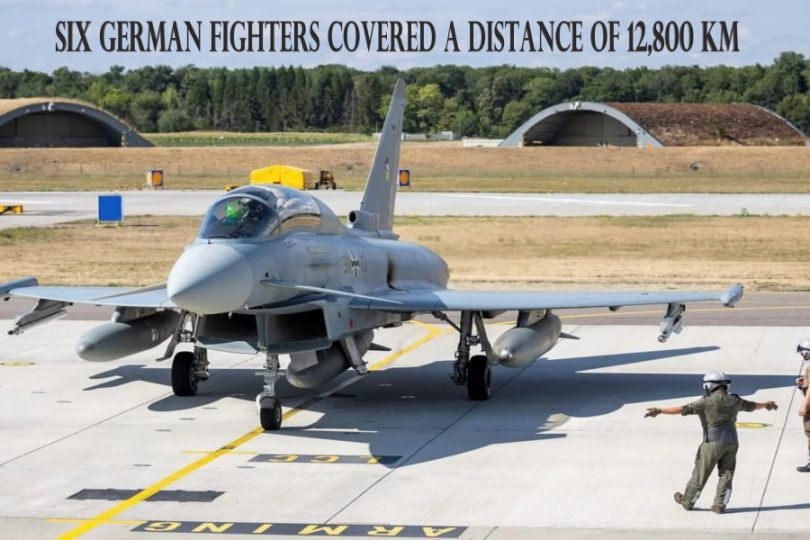 Canberra/New Delhi: Germany’s Eurofighter jet took off from Neuburg an der Danube airport on Monday. He took off on August 15. He covered a distance of 12,800 km in just 24 hours. (8,000 miles) landed at Singapore Airbase after a marathon flight on 16 August and thirteen aircraft (fighters) were dispatched to Australia on Tuesday, unaccounted for.

Germany has sent 13 of its fighter jets to Australia to strengthen its presence in the Indo-Pacific region. The warships have arrived in Australia to take part in the ‘Rapid Pacific 2022’ exercise organized by Western countries in response to rising tensions with China.

Significantly, this Germany is the same Germany that refused to join some of the trade sanctions imposed due to the harsh attitude of the West towards China and China’s actions against Taiwan a few months ago because its business interests are linked to China. were However, this time Germany is going to participate in military exercises which can be said against China. Experts believe that this is an important turning point in his foreign policy. He also believes that Germany is becoming less dependent on China for trade.

Germany’s Euro-fighter jets took off from the Neuburg an der Danube air base on Monday. He took off on August 15. He covered a distance of 12,800 km in just 24 hours. (8,000 miles) landed at Singapore Airbase after a marathon flight on August 16 and 13 aircraft (fighters) left for Australia on Tuesday. The above observers clearly state that the inclusion of German warships in Rapid-Pacific-2022 can be considered as an important factor in the context of rising tensions in the Indo-Pacific region due to China.

Apart from Germany, Japan and South Korea will also join Australia in this exercise. The German Air Force is called ‘Latwaffe’ (Air Force in German language).

Tensions between the West and China have risen since US House Speaker Nancy Pelosi’s visit to Taiwan over China’s military exercises in and around the Taiwan Strait.

According to the German military, the mission of the Latvaf is to check internal and external interoperability with the Allies and NATO. It will also be thoroughly tested in the Indo-Pacific region. In fact, Germany is increasing its presence in the Indo-Pacific region from August 2021. After about 20 years, he sent his warship to that area. In addition, 6 Eurofighters and approximately 250 troops from Germany participated in two training exercises, Pitch-Black and Kakadu, in Australia.

The mission also included intensive training in air-to-air and air-to-surface warfare exercises and how to protect aircraft from air attacks.