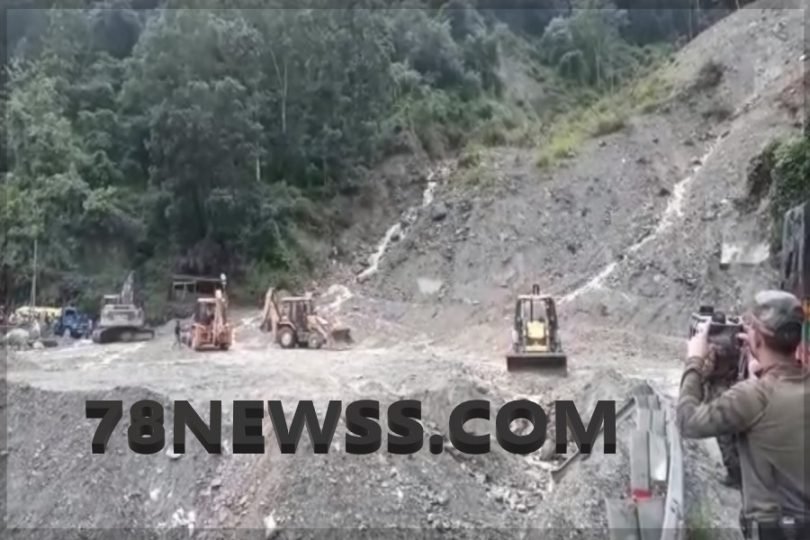 Landslide on National Highway No. 10 near Kalijora, closed to traffic

National Highway No. 10 stopped again. On the national highway Monday morning near Kalijora is called Dhas. As a result, traffic on the national-highway connecting Sikkim’ has been completely closed since morning. It has been reported that a landslide took place near Birikdhara on Sunday afternoon. In the afternoon, the district administration removed the landslide and normalized traffic on the national highway. This morning again a big landslide was said at the same place. As a result, National Highway 10 came to a complete standstill.

Crossing the road leads to queues of vehicles on the national highway. The concerned department has started the work of removing the landslide by installing earth mover on the national-highway in wartime activities since morning. It is hoped that the landslide will be removed by noon to normalize traffic in this lifeline of Sikkim. Currently, vehicles from Kalimpong and the neighboring state of Sikkim are plying in Siliguri.