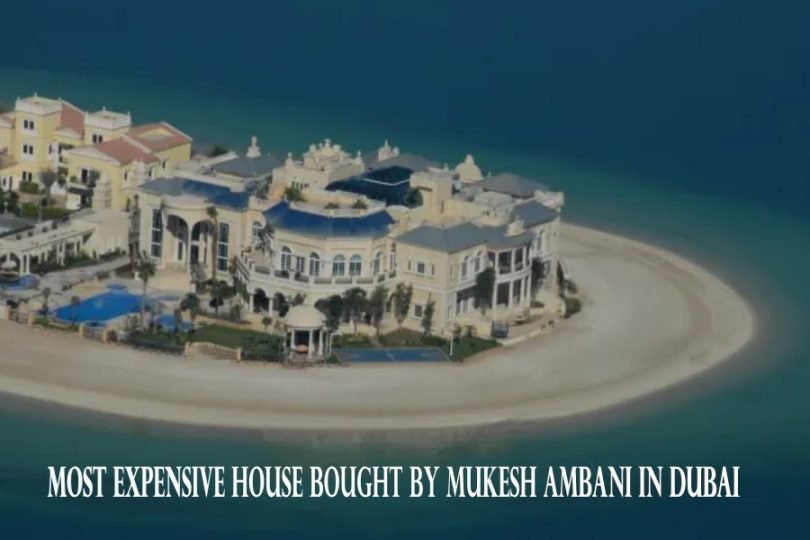 Mumbai: Mukesh Ambani, one of the richest people in India and the chairman of Reliance Industries (Mukesh Ambani) has made a big deal. Let us tell you that Mukesh Ambani has bought a beach villa in Dubai. The price of this villa is 80 million dollars (Rs. 6,396,744,880). Mukesh Ambani is the most expensive residential property buyer in the city till date. Bloomberg reported that the property on Palm Jumeirah Beach was purchased earlier this year for Mukesh Ambani’s youngest son, Anant Ambani.

Shah Rukh Khan will be the neighbor

The beachfront mansion is located in the northern part of the palm-shaped artificial island. It has 10 bedrooms, a private spa and indoor and outdoor pools. Dubai is emerging as the preferred destination for the super rich. Meanwhile, the government has wooed tourists by offering long-term golden visas and relaxing restrictions on foreigners buying homes. Big names like British footballer David Beckham and Bollywood megastar Shah Rukh Khan will be Ambani’s new neighbors.

Anant Ambani is one of the three heirs to the $93.3 billion Ambani fortune, according to the Bloomberg Billionaires Index. 65-year-old Mukesh Ambani, the world’s 11th richest man, is gradually handing over the reins of his business to his children. According to reports, the Ambani family is expanding its real estate overseas. All three siblings are going to western countries for their second home.

Last year, Reliance spent $79 million to buy Stock Park Limited in the UK. It is a Georgian mansion, which was bought for elder son Akash Ambani. Akash has recently been appointed as the Chairman of Reliance’s telecom company Jio Infocomm Limited. Along with this, Akash’s sister Isha Ambani is looking for a house in New York.

Ambani will spend millions of dollars on the building!

Property deals in Dubai are kept confidential. Ambani will spend millions of dollars to customize it and enhance its security. Ambani’s long-time associate Parimal Nathwani, the group’s director of corporate affairs, will manage the villa. However, Ambani’s primary residence will be Antilia, a 27-storey skyscraper in Mumbai. This way you will get 10 years visa.

Palm Jumeirah Island is home to luxury hotels, luxury clubs, spas, restaurants and luxury apartment towers with spectacular views of the blue waters. Its construction started in 2001 and people started living here around 2007. Dubai’s property market contributes a third of its economy. Under the new rules, investors can get a 10-year visa if they buy property worth 2 million dirhams.