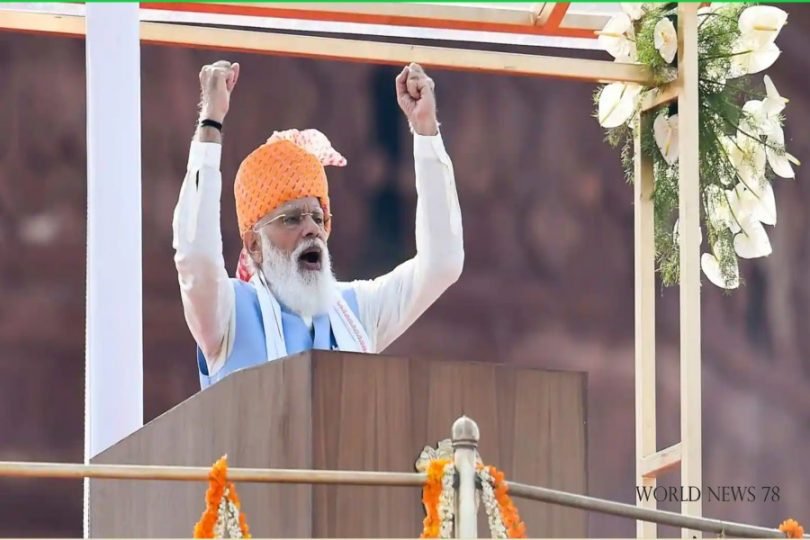 Today is India’s 75th Independence Day. The ”Har Ghar Tiranga’ campaign has started across the country from August 15. ‘Azaadi Ka Amrit Mahotsav’ was going on in the country for the past one year. After hoisting the flag at the Red Fort, Prime Minister Narendra Modi announced the roadmap for the next 25 years while addressing the nation. He explained about ‘Pancha sankalp’.

In the words of Narendra Modi, ‘The next 25 years are very important for the country. To fulfill this mission of ours, 5 plans are ready in the next 25 years. The whole world is now looking at India differently. The whole world now has high hopes from New India. It is the time of renaissance, the time of renaissance. The journey of the last 75 years has seen many ups and downs. But despite all this, India is moving forward. So we are moving forward with the goal of 100 years of independence.”

On this occasion, Modi had announced ‘Panch Sankalp’ on this day.

What are these five resolutions?

And what did the Prime Minister say?

After 75 years, the sound of cannon made in India came from Red Fort
Make in India is not a government scheme but it is a movement
This decade is technology, this decade is India
In the next 25 years, India will become a developed country
If you move forward with determination, your dreams will come true