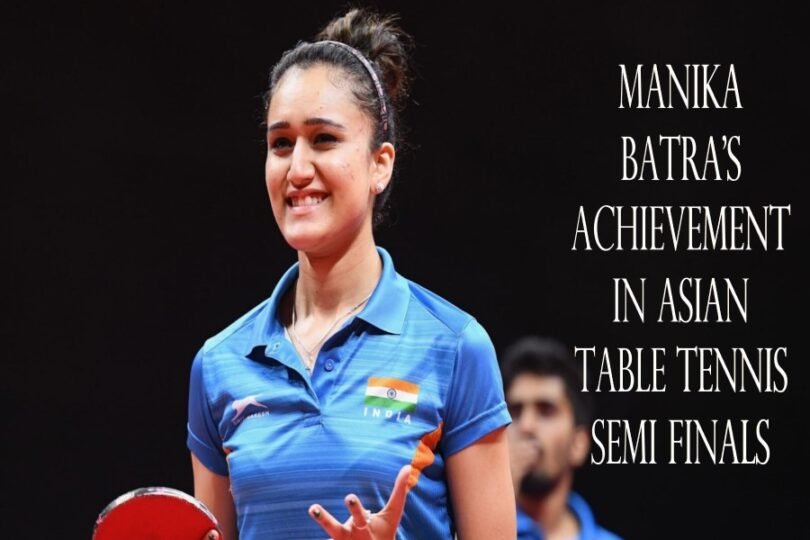 Indian table tennis player Manika Batra has created history by entering the semi-finals of the Asian Cup Table Tennis, becoming the first such player from India.

Earlier, Manika Batra pulled off an even bigger upset, defeating world number seven player Shrington of China in the pre-quarterfinals.

In the semi-finals, Manika will face the winner of the second quarter-final between Korea’s Gionee Jiffy and Japan’s Mitra Ito.