On the occasion of Shri Krishna Janma Ashtami, crowds of devotees from different parts of the country come to Mathura and Vrindavan to witness this birth anniversary. Strict security arrangements have been made by the administration regarding this festival. Police are stationed everywhere. The administration has deployed several forces.

Temples of Lord Krishna from Mathura to Noida are decorated. People flock to see the panoramic view of the Mathura temple. God’s temple was lit up with flowers and lamps today. The temple of Krishna Janmabhoomi Mathura is crowded with devotees from the morning of Janmashtami. Excitement is also seen in the markets of Mathura. 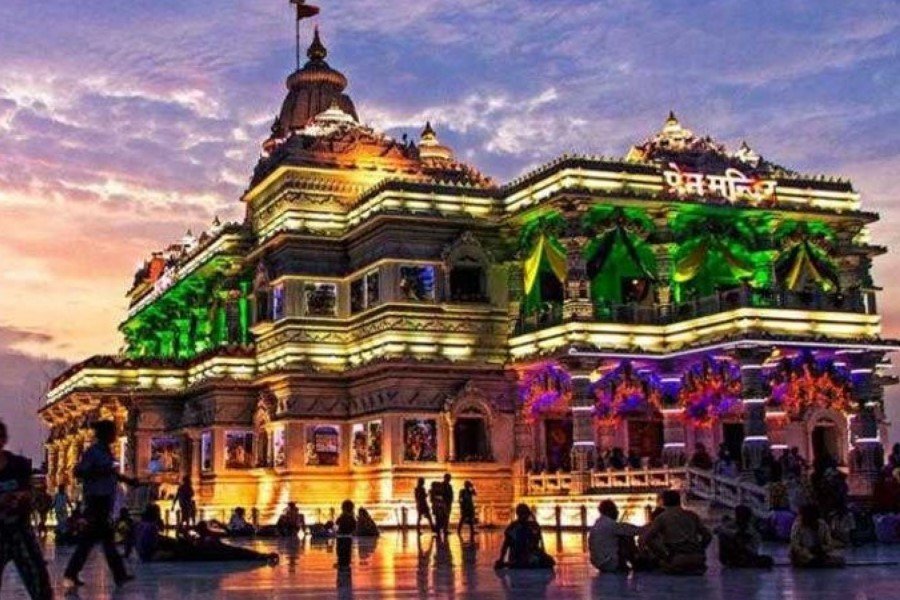 Security has been beefed up around major temples in Mathura in view of Janmashtami here. Additional Superintendent of Police (City) Martand Prakash Singh said that security has been increased around the main temples of Vrajabhoomi in view of Krishna Janmashtami. Because thousands of devotees come to worship here on Janmashtami every year.

The main squares of the city are decorated with stripes and colorful lights. Kapil Sharma, secretary of Shri Krishna Janm Sthan Seva Sansthan said that all the pilgrims coming for Shri Krishna Janm Sthan Abhishek at midnight will be given prasad after the ritual. Preparations are in full swing at the Radha Raman, Radha Damodar and Tede Khambawala temples in Vrindavan. Because in these ancient temples, Janmashtami will be celebrated during the day instead of Friday night.

The Superintendent of Police further said that police personnel in plain clothes have also been deployed in main temples to prevent incidents like theft of mobile phones and cash, chain snatching and molestation of women.