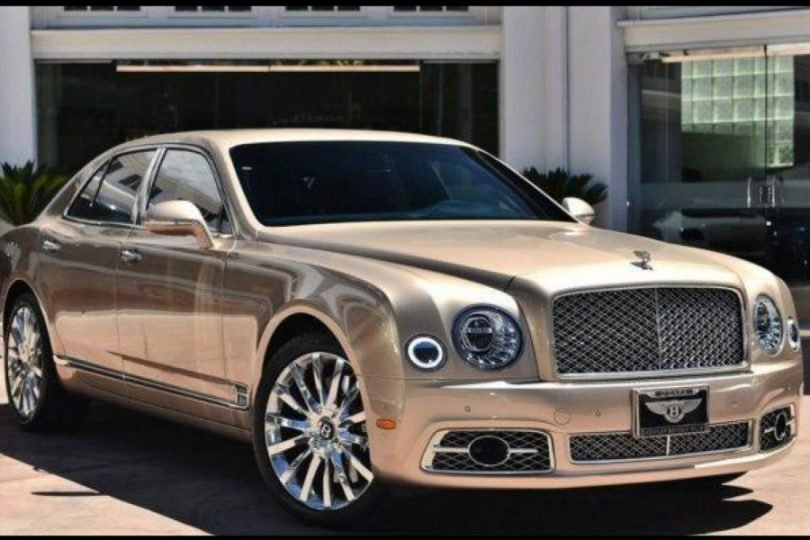 A very expensive Bentley Mulsanne (Bentley Mulsanne) car has been stolen from London, the capital of Britain. During the investigation, the UK’s National Crime Agency found that the car was kept in a luxurious bungalow in the city of Karachi, Pakistan. Such information was given by the officials of the Pakistan Customs Department and then the car was immediately raided and seized.

The Bentley Mulsanne V-8 seized from Karachi is an automatic car. According to the information given by the customs officials, the price of the car is said to be more than 30 crores.

The car was being kept secret in Karachi for some time and was covered with cloth when the raid was carried out. After removing the cloth, it was also reported that the car had a local number plate on it.

He was identified from the chassis number of the vehicle and confirmed with the number given in the intelligence information, the car was seized. Customs department has arrested 2 people in the case of car theft. According to the claim made by the car owner in Karachi, another person handed over the car with the promise that he would hand over all the legal documents of the car by November 2022. He had to be picked up by a carrier as he did not have the car keys.

The most shocking thing about this whole incident of car theft is that this car is registered in Sindh. In fact, the approval of the Ministry of External Affairs and the Ministry of Customs is mandatory for registration of any such car, as well as payment of duties and taxes. It has been stated in the FIR that the entire scam was made possible with the connivance of the Motor Registration, Excise and Taxation Department.

How did the car reach London?

Sunil Munj, co-founder of Pakwheels, the largest online marketplace for selling motorcycles in Pakistan, gave an interesting insight into such activities. He said that gangs involved in such activities do not allow theft reports to be written wherever they bring vehicles. If the car is actually stolen, it can be impounded at the port as it is registered in the system. No one knew that the car was stolen until it reached Karachi from London. After clearing the car in Pakistan, a theft report was lodged in London so that an insurance claim could be made.

The car has been approved on embassy documents

According to Sunil, the most surprising thing in this case is that this car was not non-custom but was cleared on the documents of an embassy. Diplomats are allowed duty-free cars. As long as they stay, they are allowed a duty-free car.

He termed this incident as very dangerous from the security point of view as it becomes difficult to reach the real criminals in such cases.

How can the price be more than 30 crores?