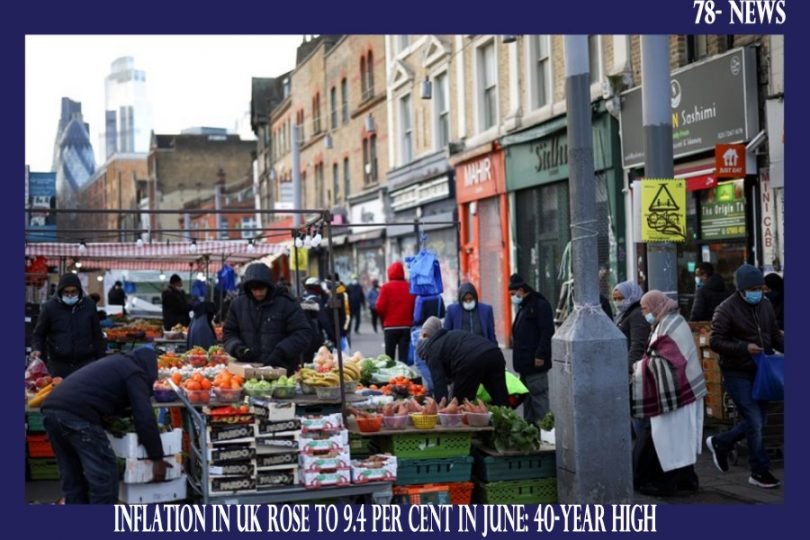 Britain, already facing inflation, rose to 9.4 per cent in June. Which is the highest level in the last 40 years. Inflation has increased in the UK due to rising food and fuel prices.

According to data released by the Office of National Statistics, retail inflation in June 2022 was the highest since 1982. It is noteworthy that in May 2022, the retail inflation rate was 9.1 percent.

Russia’s attack on Ukraine has raised energy and food prices around the world. The war has disrupted the import-export of oil, natural gas, grain and edible oil.

Meanwhile, Bank of England Governor Andrew Bailey said the central bank could raise interest rates by half a percentage point at its next meeting to curb inflation. Since December 2021, interest rates have been hiked five times.

Meanwhile, home sales in the United States declined for the fifth straight month in June. Home sales have declined due to high mortgage rates and rising home prices.

According to the National Association of Realtors, home sales fell by 5.4 percent in June.