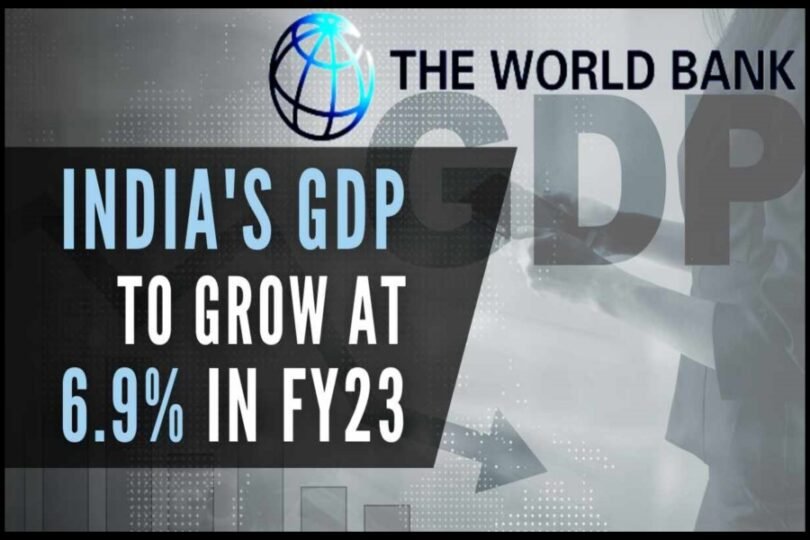 Washington: The average inflation rate in India is expected to be 7.1 percent this year. Explain that the World Bank has estimated that even though India’s economic growth rate during July-September was only 6.3 percent, but the GDP growth during the entire financial year would be 6.8 percent to 7 percent. In this way, India’s GDP growth rate during the entire financial year 2022-23 will be 6.9 percent.

The report presented by the World Bank further states that the tightening of monetary policy, on the one hand, the rise in prices of commodities, is holding back the pace of growth. Significantly, the average headline inflation rate (inflation rate) is likely to be 7.1 percent (in wholesale prices) in the current financial year.

India is the fourth largest economy in Asia. It had grown at a rate of 6.3 per cent in the three-month period from July to September. But by the end of the full financial year 2022-23, it will be able to increase to 6.8 percent – 7 percent.

Earlier the World Bank had estimated India’s growth rate to be 6.5 percent for that period, but now it has been revised to 6.6 percent to 7 percent.

Like major economies of the world, India too has come under stress due to rising commodity prices and tight monetary policy implemented by central banks. Despite this, the World Bank has also expressed hope that India will not lag behind in repaying its debt.

Despite this, the World Bank report has warned that in the current financial year, an average increase of 7.1 percent will be seen in the items of daily consumption. However, on an average, it has come down in October to 6.77 per cent in the last three months.

The Reserve Bank has asked to keep the price rise at 4 per cent, but leading economists say that it will take two more years for India to achieve this.