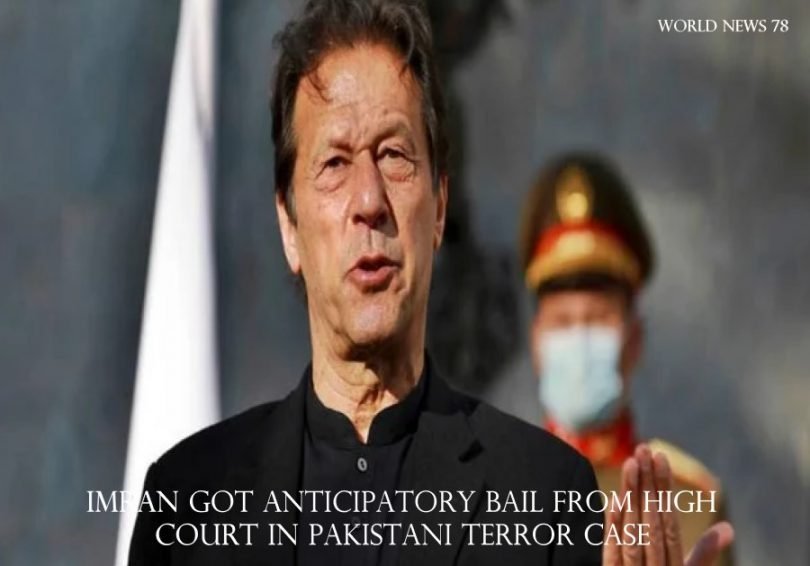 Islamabad: Pakistan’s former Prime Minister Imran Khan has been arrested under the Anti-Terrorism Act and is likely to be arrested. Imran’s lawyer had applied for anticipatory bail in the Islamabad High Court on this issue. The High Court has granted bail to Imran for three days. The police took this action against Imran Khan because he had threatened police officers and judges.

Imran Khan, Chairman of Pakistan Tehreek-e-Insaf and former Prime Minister of Pakistan, was threatened with arrest. Due to threats from police officers and judges, the police registered a case of incitement to terrorism under the Anti-Terrorism Act against the former prime minister and attempted to arrest him. After this, the police said that Imran Khan has absconded. Supporters of Imran Khan demonstrated across the country regarding this issue.

At the same time, Imran Khan’s lawyer has applied for the anticipatory bail of the former prime minister in the Islamabad High Court. The case was heard in the High Court, in which Imran Khan was relieved from arrest for three days. The High Court has granted bail to Imran Khan for three days. He has also been ordered to appear before the Anti-Terrorism Court on August 25.

Earlier, when the police reached Imran Khan’s house, the police were not allowed inside. Supporters surrounded the house. Islamabad Police SP Tahir Khan said that barriers are being put up to allow the police to do their work. A high voltage drama is going on for the last three days on the issue of Imran Khan in Pakistan. A complaint was filed against Imran Khan for making inflammatory speech. Imran was accused of inciting people to riot against the police and judiciary. After the application of Islamabad District Magistrate Ali Javed, the police have registered a case against the former prime minister.