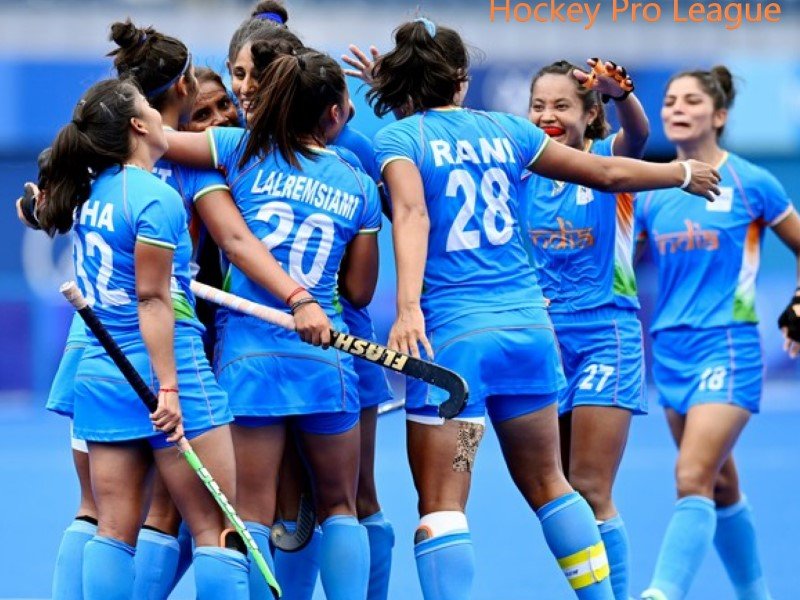 Hockey Pro League: The Indian women’s hockey team suffered a second consecutive defeat at the hands of Belgium in the Pro League. Belgium won the second match by goal. In the first match they beat India 2-1.

The match started like the previous one, with Belgium’s Nilen giving the hosts the first lead in the second minute. Barbara took advantage of the weakness of the Indian defense from the right side by hitting goalkeeper Sabita. Two minutes later, Engelbert’s goal doubled the hosts’ lead.

Belgium scored their third goal in the 7th minute, but the decision was reversed in the Indian review as the Belgian fouled a foot before the goal. Belgium kept the pressure on India with their attacking game, but Sabita’s brilliant goalkeeping thwarted their efforts. Belgium also picked up the pace in the second quarter and put pressure on India by keeping the ball on their court for a long time.

The young player Bichu Devi, who took over the responsibility of goalkeeping in place of Sabita, was under pressure from the beginning. Both defended well, but a goal from Abi Rai gave the home team a –0 lead. Vanden Bori converted a penalty corner in the fourth minute to give the team a 0-0 lead before half time.

The Indian team started the third quarter cautiously and created a few chances on the opponent’s court, but the Belgian players sabotaged them at every opportunity. In response to India’s attack, Balengin scored a goal to reduce Belgium’s lead to 5–0.

India kept trying and Navneet scored a goal, but it was denied as Sharmila did not start the game from the right spot after getting the ball into a foul. India scored two penalty corners in the last minute of the third quarter but did not score. Gurjeet’s first attempt failed when the Belgian goalkeeper took Monica’s shot into the goal post.

Belgium got a penalty corner in the first minute of the final quarter but Monica defended well from the right. Both the teams tried to score in the last minute but could not succeed. India got a penalty corner in the 5th minute but Deep Grace Ace’s shot came from a long distance from the goal post. The Indian women’s hockey team will face Rotterdam in Argentina and the Netherlands on June 1.