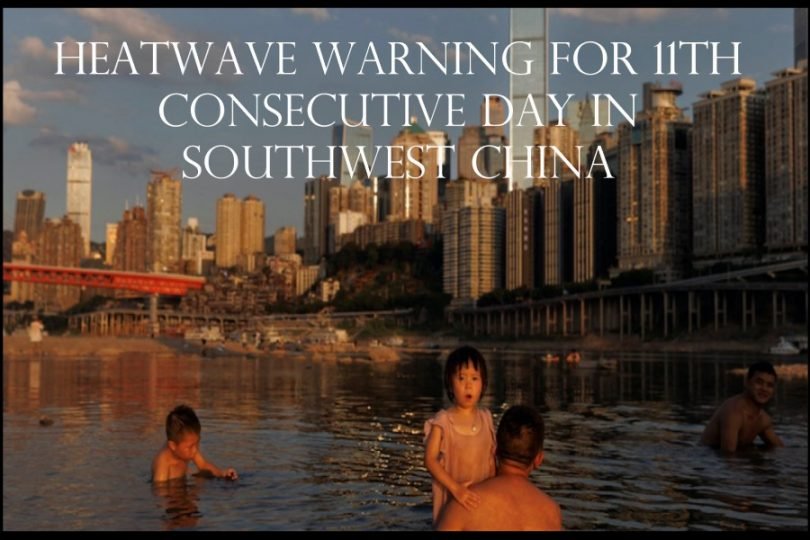 In China, the people and the government are in trouble at the moment. In the south-west of the country, people are facing a lot of problems due to severe heat and power shortage.

Due to the heat wave, the demand for electricity has become higher than before. Due to which there is shortage of electricity. Predictions of less rain and drought have left the people and the government sleepless. The Meteorological Department has issued a heat warning for the 11th consecutive day.

The weather department has issued a red alert in the entire area. Crops are being damaged due to lack of electricity and intense heat from the sky. Due to which the fear of drought has been expressed in the country.

The Ministry of Agriculture has said that many crops like rice and maize have been destroyed due to extreme heat. In this case, there is a possibility of food shortage in the coming days.

Record temperatures were recorded at 62 weather stations in southwest Fujian on Sunday, according to the Meteorological Department. Because of which the public authority has worried.

The Meteorological Department has expressed hope to get relief from the heat from Wednesday. Last week, the temperature in Chongqing and Xinjiang provinces of the country was recorded at 45 degrees. About 500 shopping malls in the south-western region of the country are also facing power shortages and scorching heat.

Running of AC has been banned in hotels in some areas. Many factories are also forced to close due to lack of electricity.