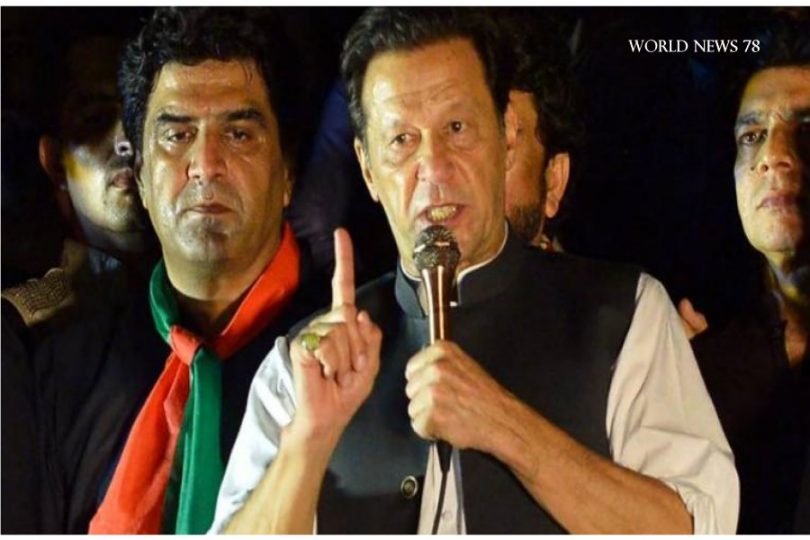 The former prime minister of Pakistan, Imran Khan, who was ousted through a no-confidence motion, seems to be very angry with the Pakistani army. Imran Khan is seen criticizing the Shahbaz government as well as the Pakistan Army in his speech.

In one of his rallies in Faisalabad, Punjab, Imran Khan said that Nawaz Sharif and Asif Ali Zardari want their chosen officer to be the new army chief of Pakistan.

Army Chief General Qamar Javed Bajwa is retiring in November this year. Hence, the search for another successor has been started in his place. Pakistan took 4 years to run in this race. Besides the general, Lt. Gen. Asim Munir and Zardari’s military secretary Lt. General Mohammad Amer is also involved.

New army chief will be a traitor? Big win for all labelled ‘ghaddars’ here. pic.twitter.com/Vnuu5n8WPc

Imran Khan said in his rally that listen Pakistanis, a new army chief is coming in November, Zardari and Nawaz Sharif are trying their best to make their chosen officer the army chief. Because he has stolen money, he wants to bring his army chief, he is afraid that if a strong army chief comes, they will interrogate him, because of this fear, these people have started making their army chief.

According to a Pakistani journalist, Imran Khan’s speech. General Asim Munir and Zardari’s Military Secretary Lieut. In what can be seen as a direct war on General Mohammad Amer, he said that Asim Munir told Bushra Bibi about the alleged gift of diamonds from Malik Riaz. Since then, Imran Khan considers these two officers as his enemies and close friends of Zardari.

Although this is not the first time that Pakistan Army has come under Imran’s target, but they are holding the army responsible for the political change in the country. The Pakistan Army lacks officers qualified to hold the post of Army Chief, although senior Lt. General is involved in this race. This officer is the commander of various police personnel of Pakistan Army. Lt Gen Sahir Shamshad Mirza, Azhar Abbas, Nauman Mehmood Raja and Faiz Hameed are the frontrunners in the race for the new army chief.