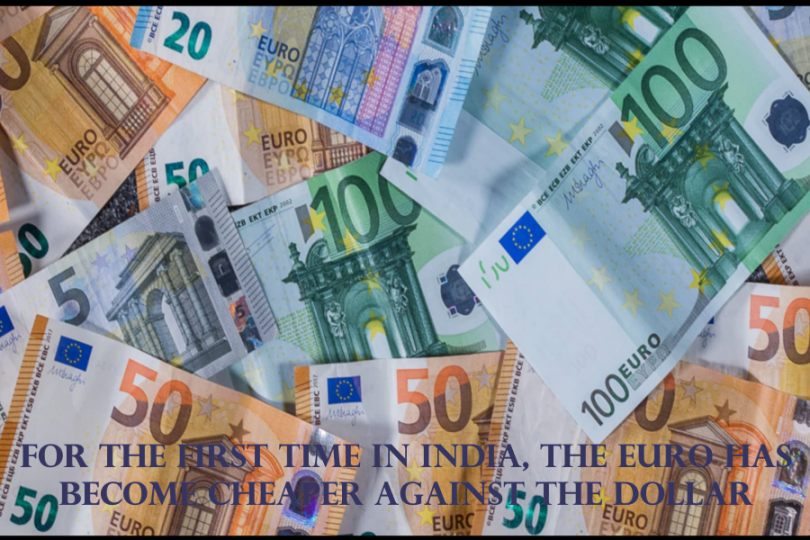 Amid signs of higher than expected interest rates in the US, the strengthening of the US dollar is being seen globally. The European Union’s currency, the euro, has weakened against the dollar. For the first time in two decades, the euro has fallen below one against the dollar, meaning 99 cents is worth one dollar. Due to this weakness of the Euro, the dollar has strengthened in the Indian currency and the Euro has become a little cheaper. Today in the Indian currency market, the price of one dollar was 79.84 and one euro was 79.32 paise.

Meanwhile, China cut interest rates for a second week in a row as the economy took a hit as housing and real estate markets slumped and people defaulted on loans. Due to these actions by China, the Chinese currency fell to a two-year low of 6.8518 against the dollar today, which has had an impact on global currency markets and especially Asian markets.

Inflation in the US is at its highest level in four decades and the US Federal Reserve is constantly raising interest rates to bring it down. The interest rate has increased from 2.25 percent to 2.50 percent so far in calendar year 2022, which is above zero. In the September meeting, the interest rate is likely to increase by 0.50 percent or 0.75 percent. The fall in the stock market is being seen on the assumption that the economy will slow down with the increase in interest rates in the US. Stock markets rallied in July and August amid signs that inflation was slowing, but Federal Reserve Governor Jerome Powell and St. Louis Federal Reserve President James Bullard said interest rates should still be raised aggressively, but stocks Markets fell again.

The dollar is rising as investors opt to hold cash due to higher interest rates and a sell-off in the stock market. The US Dollar Index is at 109.06 today. The dollar index measures the value of the dollar against six major world currencies.

In 2020, when Britain was hit by the corona virus, its economy shrank by 11 percent, its worst performance in 300 years. The UK economy recorded its biggest contraction since 1709. Even in the first two world wars, its economy was not so shrunk. It performs worse than any other major economy in the world. According to the National Statistics Office, its GDP has declined by 11 percent in 2020. This was the largest decline since 1709.

According to the last update, the UK’s GDP decline was the largest among the seven G-7 countries. Moreover, due to recent reforms, it surpassed Spain’s decline of 10.8 percent. However, the ONS cautions against comparisons with other countries, particularly the United States. America considers it an exception. It has not been fully analyzed yet.

Due to this new revision in GDP, it was observed that healthcare and retail sectors contributed less than expected. Healthcare services faced higher than expected costs. Thus their contribution to the economy was minimal, said economist Craig McLaren. Here, routine services provided by the UK’s National Health Service are considered alongside services provided by the ONS to Covid-19 patients.