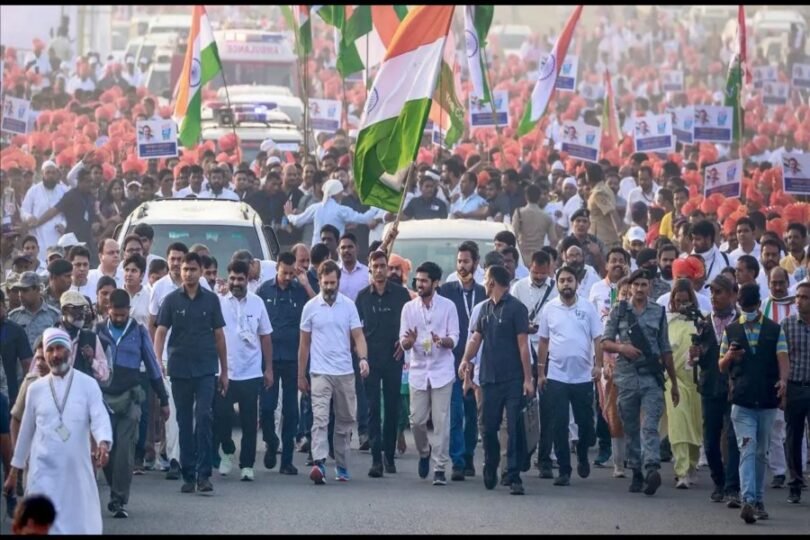 Rahul Gandhi stopped for tea at farmer Veniprasad Meena’s house. Meanwhile, the farmer told Rahul Gandhi that his electricity bill is high. There is no discount in electricity bill. Electricity workers do not come for meter reading. Sends bills as desired. The farmer said that this is the case of the entire village. He also has to work hard for manure. Fertilizer, which costs Rs 270, is forced to buy it at Rs 600 due to black market. For this one has to stand in a long queue.

Farmer Veniprasad Meena said that he never thought that Rahul Gandhi would come to his house. At 5 am his team came and said that Rahul Gandhi wants tea party at your home. We also immediately said to reach. Rahul Gandhi’s sister Priyanka Gandhi Vadra was also present during the tea break. He also took photos with everyone.