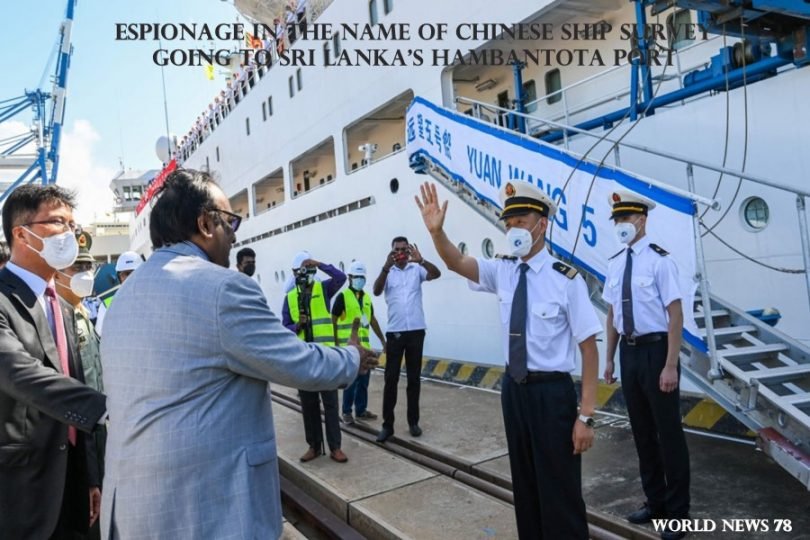 China’s incursions into the Pacific and Indian Oceans have begun after the escalation of tensions with Taiwan. The research vessel which China had announced to land at Sri Lanka’s Hambantota port some time ago is now preparing to anchor. According to the information received, the Chinese ship is only 250 kilometers away from Sri Lanka.

Hambantota port belongs to Sri Lanka but since it could not repay the debt to China after taking the lease, it is now controlled by China. China claims that the aircraft itself is meant to track satellites launched into space, but this is only half true. China can also track adversary satellites. Experts believe that China may call it a research vessel, but actually this vessel wants to do espionage.

This type of aircraft is used to track satellites and monitor intercontinental ballistic missiles. The name of this Chinese aircraft is Yuan Wang 5. The People’s Liberation Army of China has 4 such aircraft, of which two are active. At one time China had a total of 7 Yuan series aircraft.

The aircraft arriving in Sri Lanka is a third generation tracking aircraft. The speed of the sea is 37 km per hour. This aircraft does not have any facility to carry fighter jets but fighter helicopters can be landed if required. The length of the ship is 620 feet. This aircraft has a seating capacity of 450 people if needed.