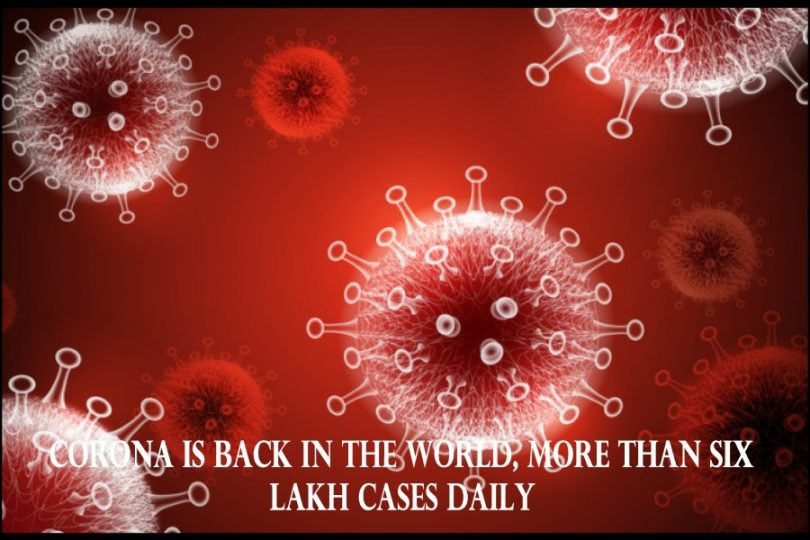 New York: Corona cases have increased once again across the world. Currently, the number of corona patients in the world has reached close to two crore, while an average of six lakh new cases are being reported every day. People have again become worried due to the rapidly increasing cases of corona despite vaccination.

According to the World Health Organization, infections with Omicron and its subtypes have increased significantly. Between 8 July and 8 August, 1.75 lakh samples were sequenced worldwide, with the omicron type found in 1.74 lakh or 99 per cent of the samples. According to the Worldmeter website, a total of 59.71 crore cases of Corona have been reported in the world so far. While 64.59 lakh people have died. The number of new cases has come down in the last few days but still an average of 6 lakh new cases are being reported. Right now more than 1.94 crore cases are dynamic. However, the relief is that the symptoms of corona are mild in most of the patients. Of course, 44,000 patients have severe symptoms of Corona and are very sick.

As per the World Health Organization, the BA5 variation of Corona is spreading quickly. According to the report released on August 10, there has been an increase in BA5 cases in a week. Earlier it was 68.9 per cent cases which increased to 69.7 per cent this week. Other subtypes of omicrons, including BA5, bypass innate immunity and vaccine protection to spread infection. This infection does not cause any serious illness but its infection spreads rapidly.