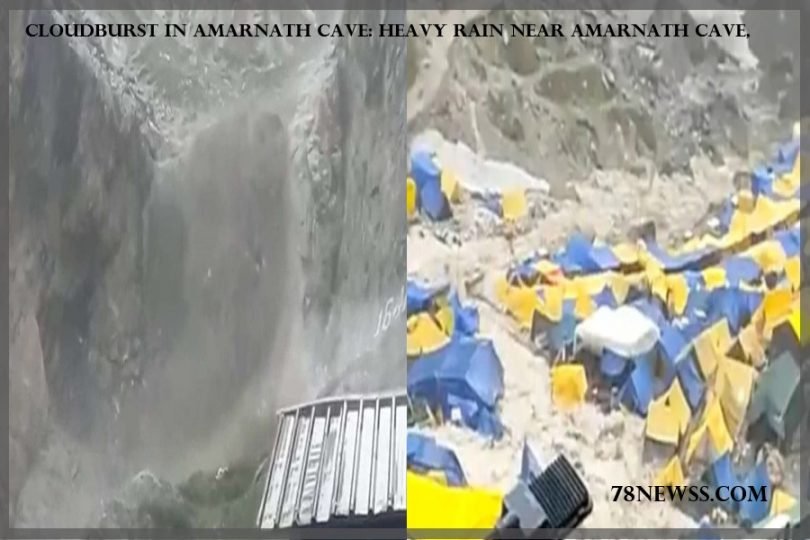 Severe crisis in Amarnath Yatra! The area near the Amarnath cave was devastated by torrential rains. Many tents of the beneficiaries were washed away in the heavy rain. So far 13 people have died. 48 injured.

Jammu and Kashmir Police, Army and ITBP personnel are involved in the rescue operation. Helicopter rescue operation is on. The rescue operation continued throughout the night. Many beneficiaries have returned to Sonmarg with their lives. Yet they cannot forget the terrifying experience. They are thanking the Indian Army. Some say that he returned with his life by the grace of God.

As per official data, 13 people died and 48 got injured. pic.twitter.com/vZSteURIOX

Crowd gathered in the hospital. The Health Department of Jammu and Kashmir has canceled all leave in case of emergency. All officers have been instructed to keep their mobile phones on.

#AmarnathCaveCloudBurst | Directorate of Health Services, Kashmir cancelled all leaves of the staff (Regular/Contractual) and directed them to report to duties immediately. All the officers directed to keep their mobiles switched on. pic.twitter.com/h8as2MKTfV

On Friday, Prime Minister Narendra Modi expressed grief by tweeting. He tweeted,
“Concerned about the torrential rains near the Amarnath cave. Condolences to the families of the deceased. Been with Lt Governor Manoj Sinha. I am monitoring the entire situation. Rescue work is on. All help is being provided. ” Union Home Minister Amit Shah has assured all possible help.

At around 5.30 pm on Friday evening, water and mud from the hill entered the tents near the Amarnath cave. About 25 tents were washed away. After the accident, NDRF, Jammu and Kashmir government, Amarnath Shrine Board have opened many helplines.