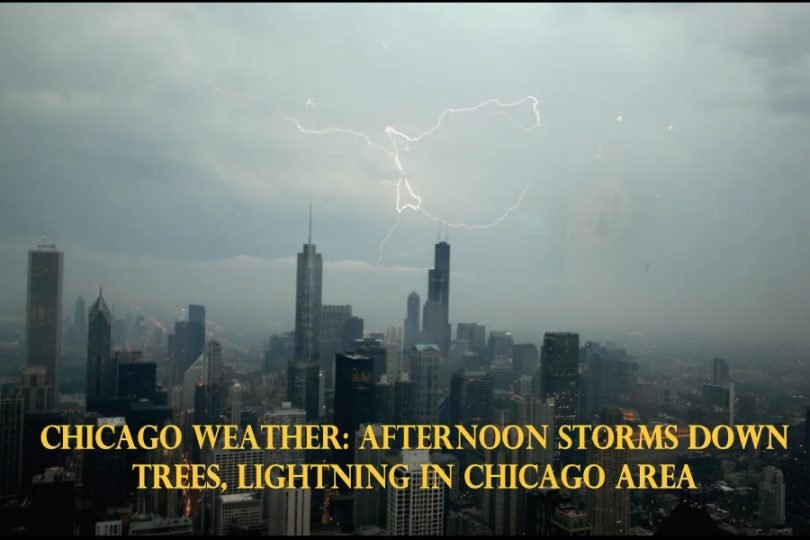 High winds and heavy rain were a major component of the afternoon storm, which left damage in its wake.

That area of ​​the city, which extends to Skokie, saw some strong winds, knocking trees onto roads and bending others that weren’t uprooted.

“The storm came, really strong winds, there were a lot of trees that were moving with those winds. I turned for a second and came down. It blocked the road here. Luckily it didn’t hit anybody’s car. ,” said Paul Cerilla of Skokie.

The winds forced people to abandon their Monday afternoon plans and grab a chainsaw instead. Nearby neighbors Devon and Cicero stepped in to clean up the freshly fallen tree trunks so they could clear the way for more traffic.

In the northern suburbs, the storm began moving in around 1 p.m., downing some trees. Teams are attempting to eliminate fallen branches and other trash in Wilmette and Winnetka. Residents said their power was cut off for a while but was soon restored.

In Evanston, other downed tree limbs were being cleared, and photos from Des Plaines showed a tree down on its trunk near a power line.

There are also reports of power cuts. As of 9 p.m., ComEd said 3,200 customers were still without power, and power had been restored to 63,000 customers.

No injuries were reported.

After a warm and mostly calm morning, ABC 7 Chicago meteorologist Larry Morey said a strong line of storms moved through the area during the afternoon. It had moved out of the area by 3:15 p.m., but a cold front will still move into the area later in the evening.

Thunderstorms are still likely in the south and southwest in the evening.

The National Weather Service has most of the Chicago area under an increased severe storm threat, meaning several severe storms are possible.

Monday will be warm with a high near 89. Tuesday will be sunny, humid and cool, with highs in the 80s.