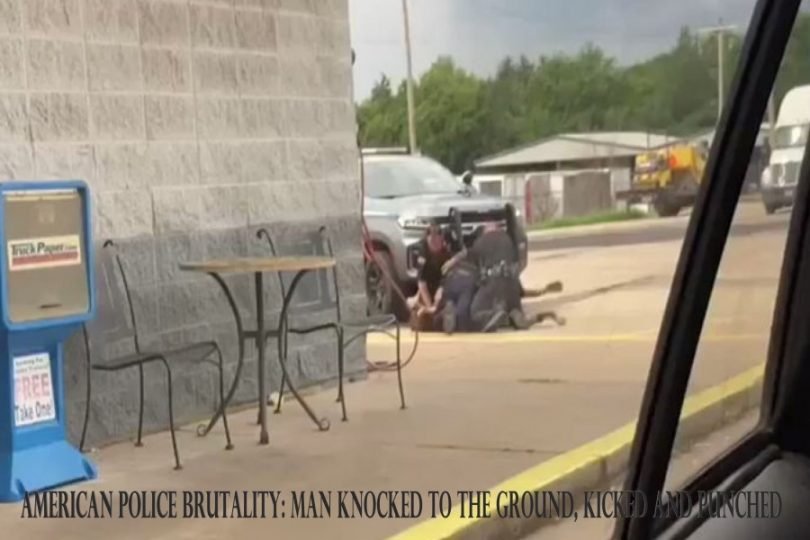 A video of police brutality has surfaced in the American state of Arkansas. Three police officers in Crawford County, Arkansas, have since been suspended. In a video shared on social media, he is seen beating up a man in the parking lot. The lead representative said the state police would examine the occurrence.

Two of them are police officers who work for the Crawford County Sheriff’s Office and the third is an officer with the Mulberry City Police Department. Arkansas Governor S. Hutchinson said state police are investigating the incident. He said in a tweet that he had spoken with Arkansas State Police Col. Bill Bryant and that the local arrest incident in Crawford County would be investigated based on video evidence and requests from prosecutors.

Mulberry police said in a separate statement that one of their officers was involved in the incident captured on video. He has been suspended pending the state police’s investigation report. A Facebook post said the Mulberry City Police Department takes these types of investigations very seriously. We will make a fitting move after the examination is finished.