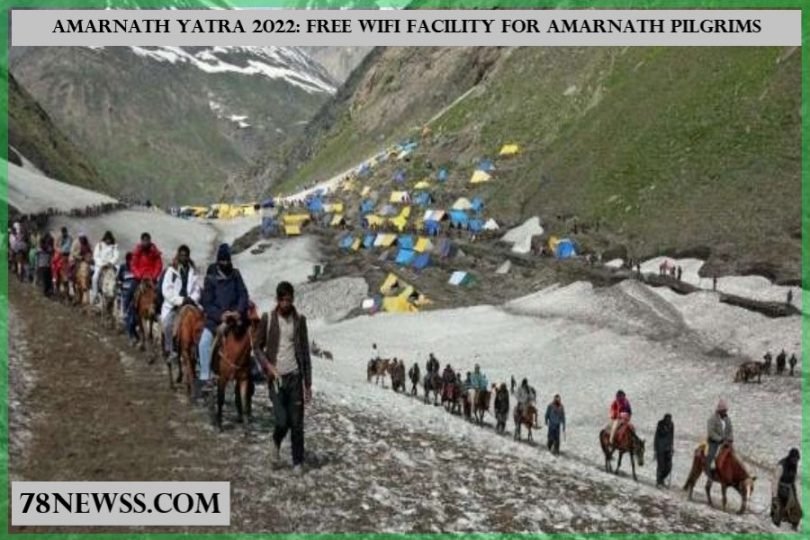 Amarnath Yatra: Amarnath Yatra has started. There is good news for Amarnath pilgrims. Keeping in mind the convenience of the passengers, the government has given free internet.

Amarnath Yatra: Amarnath Yatra has started. Good news for Amarnath pilgrims. Keeping in mind the convenience of the passengers, the government has provided free internet service. So that he can stay connected with his family through internet during the journey. On Saturday, Jammu Smart City Limited (JSCL) set up WiFi zones at three important places including base camp Bhagwati Nagar.

In addition, WiFi zones have been set up at two more locations. These include the Jammu railway station and the main bus stand. The official, who is associated with the communications service, said the city already has plans to launch WiFi services in more than two dozen places under the Smart City project. These are the three places where apart from tourism, there are more student and business related activities.

JSCL, a special purpose vehicle set up by the Government of Jammu and Kashmir in August 2016 to implement smart city development projects in Jammu city, signed an agreement with service provider LMES in November last year to set up WiFi hotspots at 20 more locations. Officials said any user can avail public WiFi. Here passengers can access up to 500MB of free internet data after logging in and verifying through one-time password.

The Amarnath pilgrim trio camping in Jammu welcomed the facility. Trijunarju Kumar, a pilgrim, said the prepaid mobile SIM connection was not working in Jammu and Kashmir after entering the Union Territory. Providing WiFi facility by the government is a good move.

Immediate registration is being done at 6 counters

Meanwhile, the Amarnath pilgrims arriving in Jammu from different parts of the country have demanded the opening of many more counters to facilitate their easy registration. At present, one counter for saints and five counters for ordinary devotees are being registered immediately. At present there are registration counters at Vaishnavi Dham, Mahajan Sabha, Panchayat Ghar and two Gita Bhavan and Ram Mandir. A token counter has also been set up at Saraswati Dham for the convenience of pilgrims and for crowd management. However, many benefactors have complained of standing in long lines for hours.

Amarnath Yatra will run for 43 days

Let us inform that Amarnath Yatra has started in South Kashmir from June 30. The yatra will last for 43 days and will end on August 11. Devotees are reaching the holy cave situated at an altitude of 3,060 meters to have darshan. Amarnath Yatra has started from two routes. These include the traditional 48-km Noonwan in Pahalgam in south Kashmir and the 14-km short Baltal in Ganderbal in central Kashmir.

Air Service: Can travel and return on the same day

Air services will be crucial this year to make the Amarnath Yatra easier for Baba Barfani fans. Helicopter service from Srinagar to Panchpantarni is starting for the first time. As a result, Amarnath pilgrims will be able to return to Srinagar in a day after visiting Baba Barfani. Now Shiva devotees can book tickets for this service. For the first time, fans can easily reach Panchtarni from Srinagar.