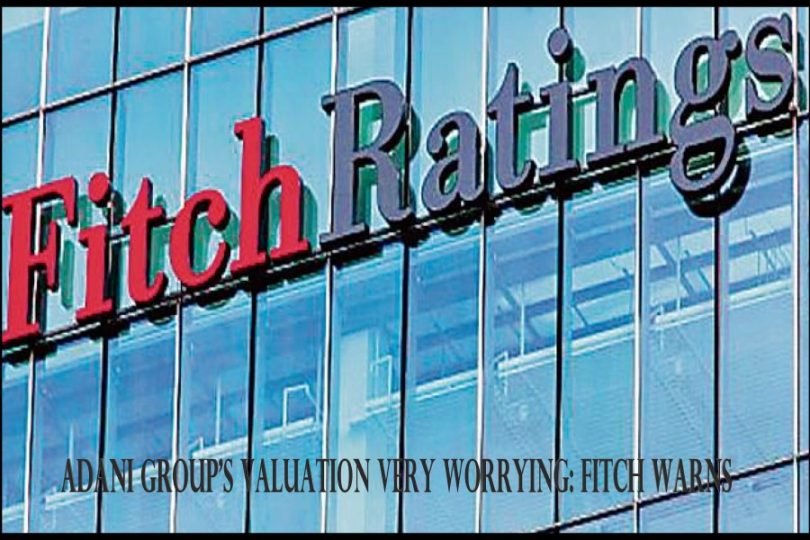 After Gautam Adani won the crown of the richest man in India and Asia, Adani and Ambani are now in a battle to win the crown of the country’s second largest business conglomerate. Despite market turmoil in Monday’s session, Adani Group’s market valuation surpassed Mukesh Ambani’s Reliance Group.

However, a research report a day after the headline has put a big question mark on Adani Group’s valuation. Rating agency Fitch has said in a credit note that Adani Group is highly leveraged. Due to competition for market dominance between Adani Group and Reliance Industries, some unnecessary and unpredictable financial decisions may be taken in the near future.

Despite the warning, Fitch has retained “market performance” advisors on two Adani credits under its coverage – Adani Green Energy and Adani Ports.

In our view, several group companies of the Adani Group require capital to offset their high profit margins. It is difficult to predict the promoter’s ability to provide continuous liquidity support despite the promoter’s large assets.

Fitch said bank lenders and their reputation in the local market and diversified asset base in the fixed infrastructure industry give their leverage and debt a modest discount, but valuations are currently too high.

Further, the promoters said about the pledged Mukesh shares that the Adani family currently has the minimum stake in 6 listed companies, which leaves scope for holding more collateral as funds are needed in the future.

Fitch warned that Adani’s debt-financed development plan could turn into a massive debt trap at worst. Despite this uncertainty, two Adani credits have given a “cautiously cautious” outlook with a “market perform” rating.